It has long been understood that a calf feeding schedule that increases colostrum intake just after birth is essential for the health of neonatal calves. The IgG that is transferred in the colostrum protects young calves from disease as they grow, while they develop their own immune system. It's essential that dairy calves attain at least 10 mg /mL of serum IgG[1] from colostrum to conclude that passive immune transfer has been successful. But, what are the other benefits that colostrum can impart? And, how much colostrum is needed and how quickly after birth, in order to attain the greatest benefits? In their groundbreaking study[2], Faber et al. addressed these questions and the results are quite striking.

In order to assess whether the amount of neonatal colostrum feeding impacted average daily gain (ADG), long-term lactational performance and health, sixty-eight Swiss brown heifers were randomly assigned to receive either 2 litres (n=37) or 4 litres (n=31) of colostrum within one hour after birth. Bottles to feed colostrum for calves were used, with the occasional esophageal tube being used if the bottle was refused. All calves were then managed in exactly the same way, the only difference being the amount of colostrum fed immediately after birth. Regular milk feeding started no longer then 12 hours after the initial feeding and all calves were fed an additional cup of colostrum twice a day in addition to their regular milk feeding, for the first 14 days of life. After day 14, no colostrum was fed. All calves were weaned by eight weeks, at which time they were also all fed the same diet and otherwise treated similarly.

Effects on health and calf growth

As expected, calves who received 4 litres of colostrum within one hour of their birth had a better immunity than those who received 2 litres of colostrum, with lower veterinary bills. In fact, veterinary costs for calves in the 2L treatment were 70% higher than those in the 4L treatment. While the incidence of disease didn't vary between treatments, it was the severity of disease in the 2L calves (requiring repeated treatments and monitoring) which caused the higher costs. Additionally, septicemia was common in the unhealthy 2L calves, signalling that they failed to absorb enough protective antibodies.[2]

Calves who received the 4L treatment were not only healthier, but also had higher ADG than the 2L calves up to 500 days of age, with an average daily gain of 1.03 kg vs. 0.80 kg, respectively.

Differences in performance during first and second lactation

Perhaps the greatest benefit to the farmer is the average milk production per cow during the first two lactations. The 4L group produced significantly more milk compared with the 2L group. In fact, over the first two lactations, the 4L group produced 1027 kg more milk per cow than the 2L cohort. The exact impact of the extra colostrum on the mammary glands is as of yet unknown, but Faber et al. state, "the growth-promoting constituents present in colostrum may be related to proliferation and maintenance of the mammary gland."[2] While the researchers didn't test for actual concentration of IgG in the blood and based their findings solely on the feeding of 4 litres vs. 2 litres of colostrum, one thing is for sure: you can't argue with performance. Feeding 4 litres of colostrum within the first hour of life is a good way to improve life-time performance. 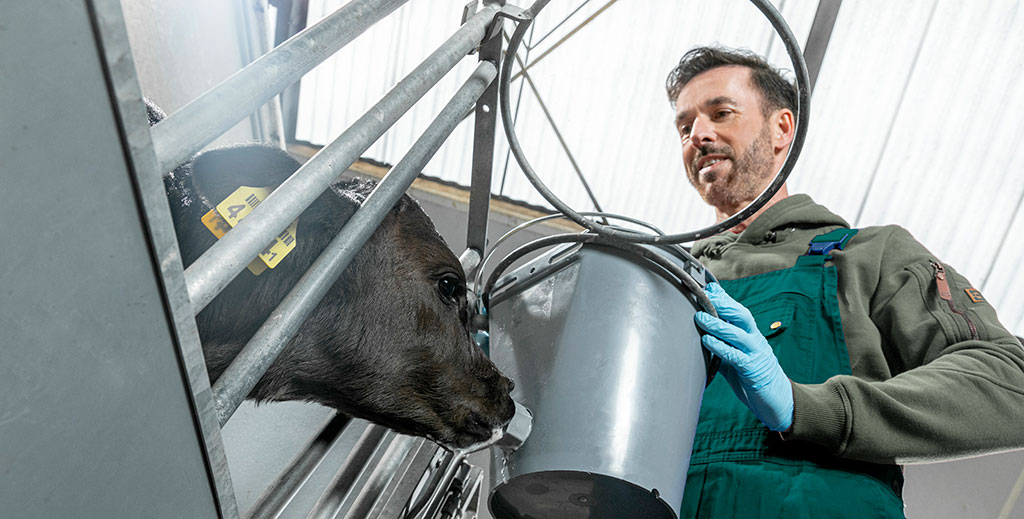 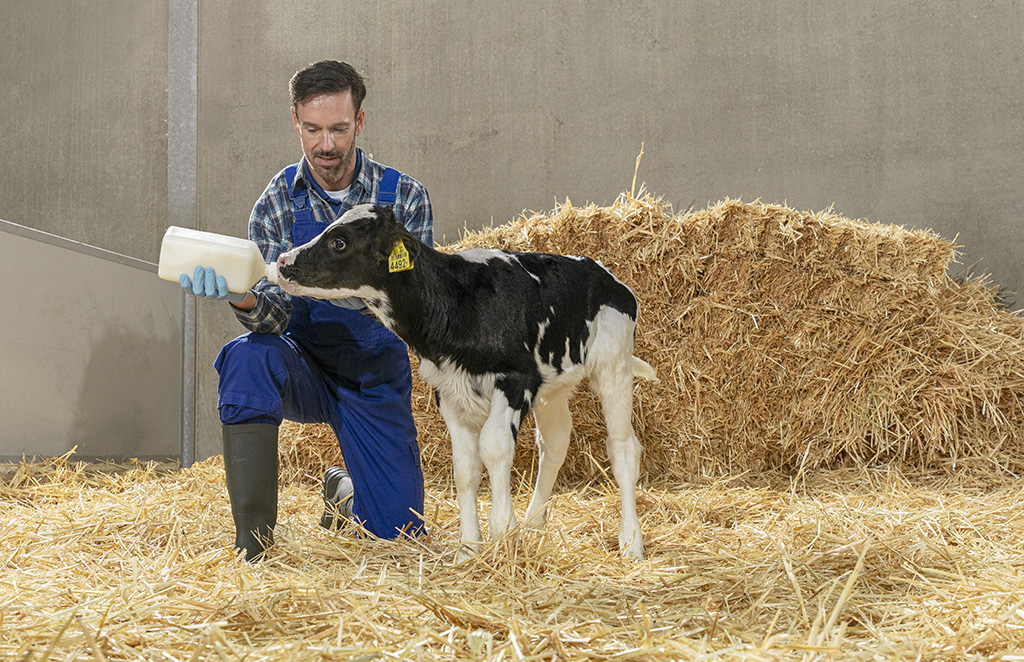