What is the best method for weaning dairy calves fed high planes of nutrition via an automatic feeder?

Several factors should be considered when choosing a method for feeding dairy calves in the pre-weaning period, such as cost effectiveness, calf growth and health. Increasingly, dairy farmers are turning to automated feeders for pre-weaned dairy calves. Automated feeders:

If higher amounts of milk are fed, should calves be weaned at a fixed early age such as 6 or 8 weeks, even if this often results in a weaning dip?[5] It is important to understand that starter feed intakes are generally reduced when feeding larger amounts of milk replacer.[6] This could lead to reduced growth and greater signs of hunger if weaning takes place at an early age[7]. One way to avoid this specific pitfall is simply to wean at a later age[8], but this can be quite costly.

In their research 'Using automated feeders to wean calves fed large amounts of milk according to their ability to eat solid feed' , de Passillé and Rushen[9] explore the idea of weaning calves fed a higher plane of nutrition based on their individual starter intake (WSI) rather than at a fixed age. They compared this with weaning at a fixed early age (48 days = EW) and a fixed later age (89 days = LW). They took several factors into account including feed and energy intakes, weight gain and behaviour both during and after weaning.

A total of 56 female Holstein calves were included in the study. They were all fed 4L of colostrum within 6 hours of birth and were placed in individual pens until they were 5 days of age. While in their individual pens, calves had ad libitum access to waste milk, but were not provided water or starter. At 5 to 6 days of age, they were transferred to group pens of 5 to 9 individuals, based on 3 different weaning strategies and were fed milk and starter from automated feeders. Calves were allowed 12L/d of pasteurized milk and had ad libitum access to calf starter, grass hay and water, via automated feeders which weighed the intake of each calf at each meal. All calves were weighed once a week via an electronic scale.

Unrewarded visits to the milk feeder, considered to be a sign of hunger[10] , were significantly more frequent for the EW calves, both during and just after weaning than for the other two treatments.

Advantages of weaning based on ability to eat solid feed

The WSI calves achieved the same weight at 13 weeks as the LW calves, but were weaned on average 2 weeks earlier than the LW calves. With milk feeding being more expensive than feeding starter, weaning based on a calf's ability to eat solid feed seems to provide an economic advantage. Early weaning does greatly reduce the amount of milk a calf drinks while increasing their starter intake, but this method was less efficient in this study. It also resulted in a significant growth dip at weaning, leading to a lower bodyweight for at least 6 to 8 weeks post-weaning. Using automated feeders to adjust each individual calf's milk allowance based on their ability to consume starter results in an intermediate weaning age, between EW and LW, with the advantage of reduced consumption of milk and increased consumption of starter, but with the achievement of similar weights as the LW calves.

The ability to adjust the weaning age for each individual calf is just one of the many advantages of automated feeders. They also facilitate the consumption of larger amounts of milk, which also helps to maintain higher body weights up to and through weaning.

Calves weaned at 8 weeks instead of 6 weeks were better able to cope with the transition from milk to solid feed and had higher growth rates during and after weaning. 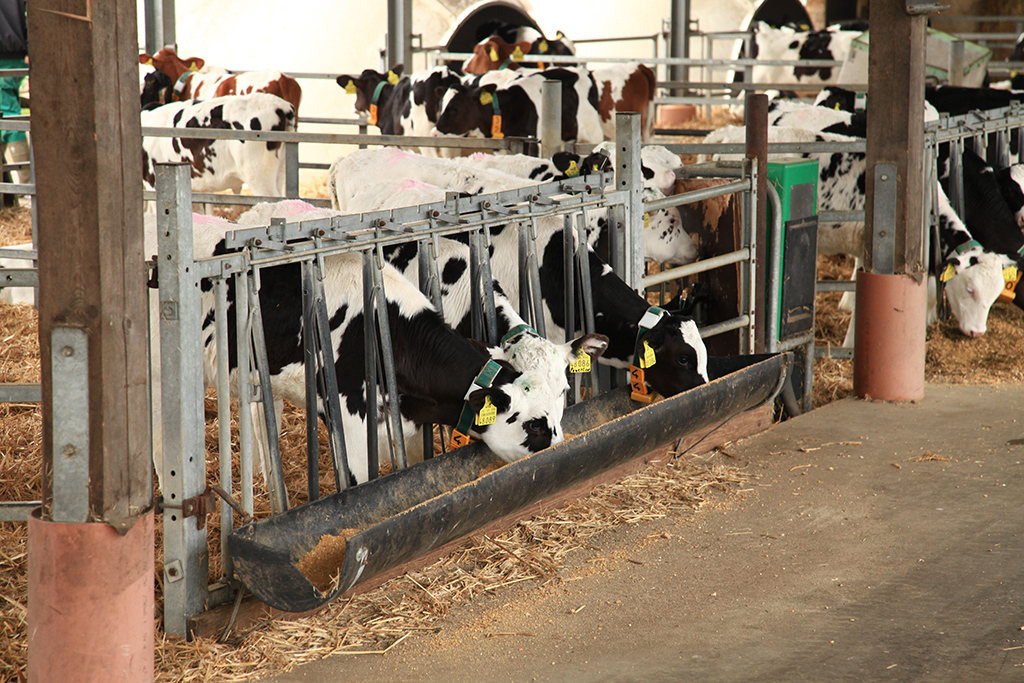 Weaning at a later age protects the digestive tract from the increase in permeability that comes with weaning. This reduces the risk calves develop diarrhoea. 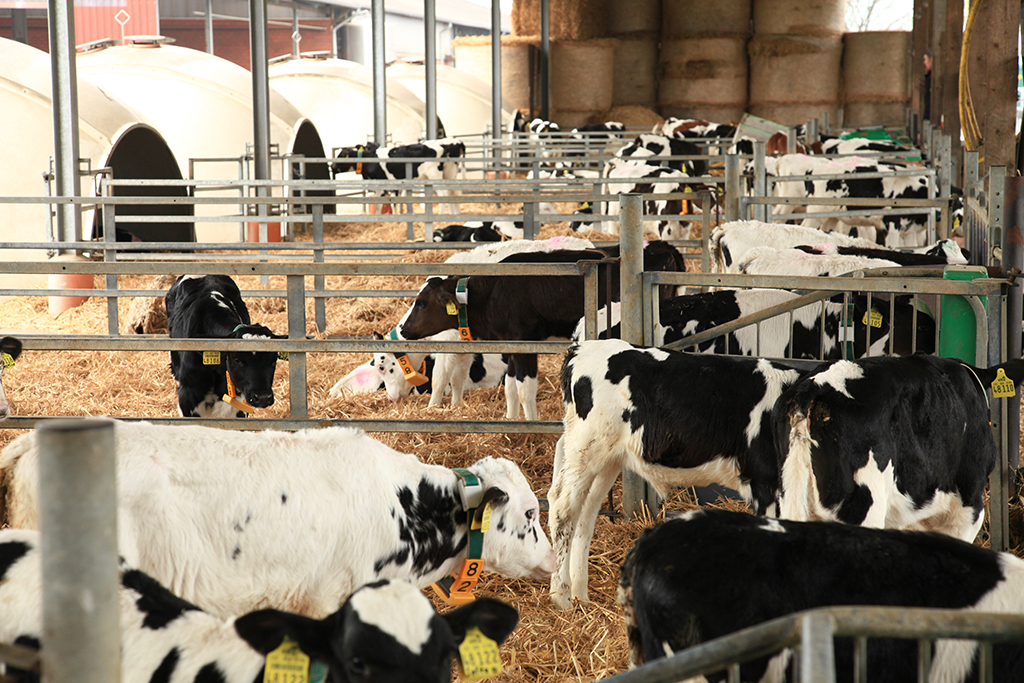 Calf weaning leads to physical stress. Gradual weaning, along with a high plane of nutrition prior to weaning, improves calf health and lifetime performance.